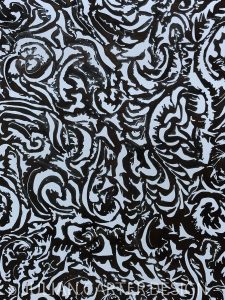 Detail of textile inspired screen – under lit in detail

We originally wanted to construct an oversized coolie shade, (something that we subsequently made), and begun cutting into an 8′ x 4′ sheet of steel that we planned to fold into a shallow cone. As the patterns developed on the sheet, it began to resemble a textile wall hanging, so we kept going until the entire sheet had been worked.

Laid on the cutting bench, the thin steel had rippled from the heat of the cutter and we now begun to see it as a flying carpet, suspended from the ceiling from say 8 different points and lit from above (or below). But the consensus went in favour of a vertical hang, so we sandwiched one end with two lengths of steel box and hung it up like a screen. 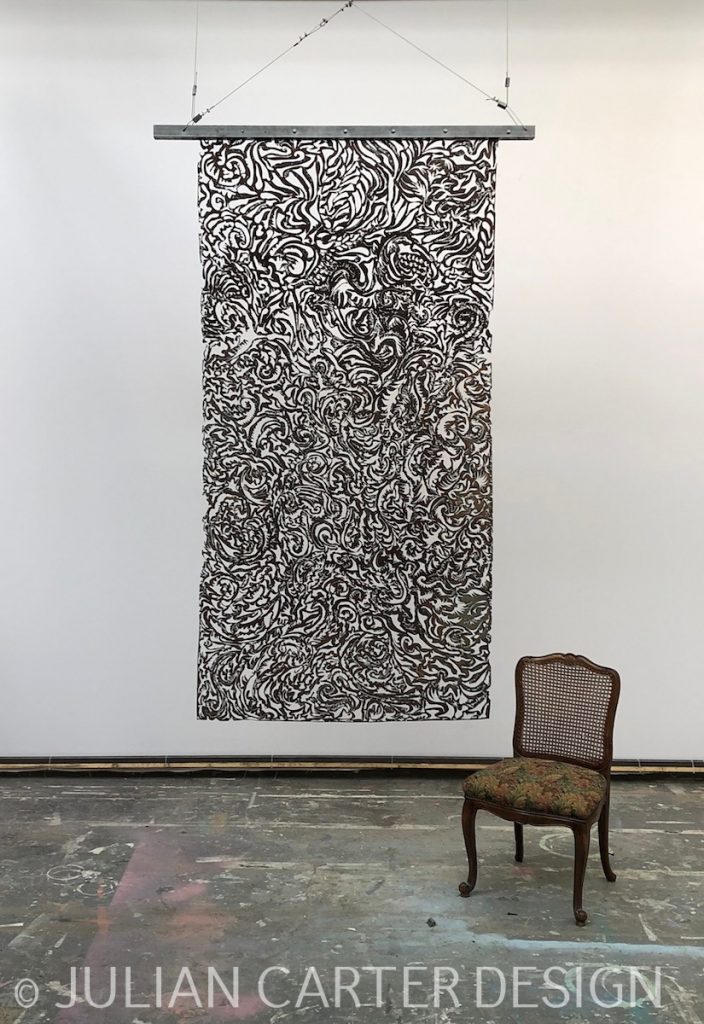 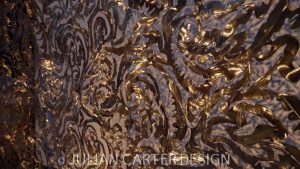 Close up of steel textile screen – polished side.

The heat from the cutter had raised and distorted the cut edge and had discoloured the steel into a range of greys and browns. This gave the steel a fabric-like quality, similar to roughly sewn hemp fibres.

We loved the rawness of the processed material but the finish was matt and we wanted the screen to reflect light more effectively. So we ground and polished one side and left the other side in its raw state. 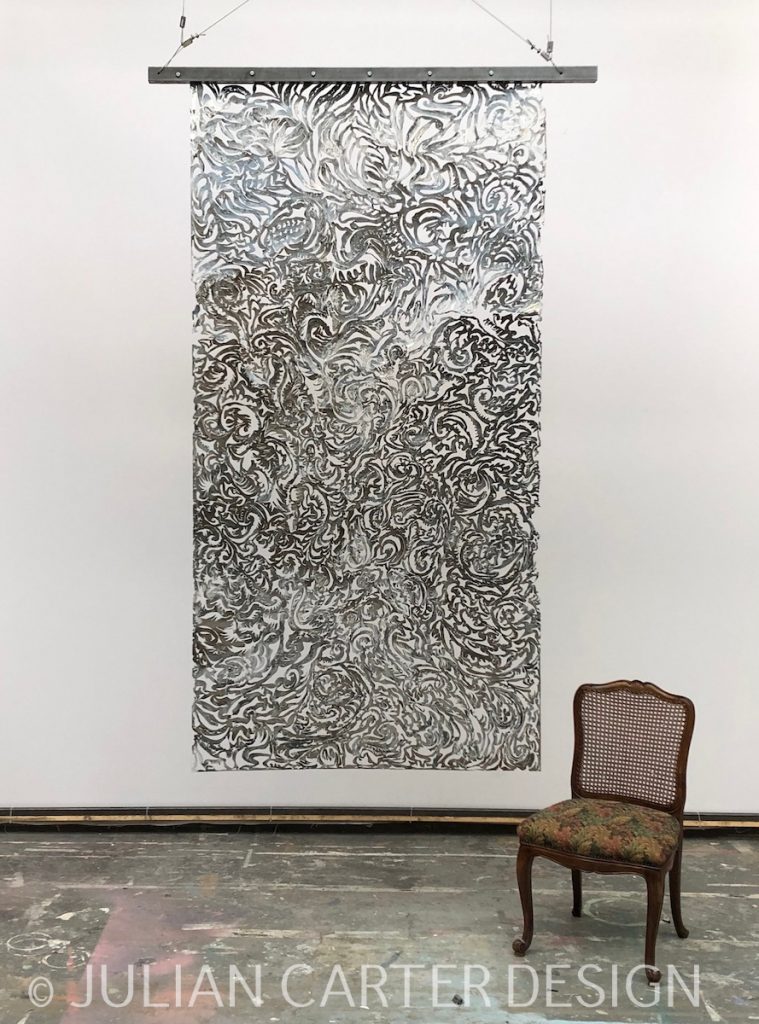 We set out with one idea and ended up with another, which happens with creative projects and is all part of the process. So here we have a sheet of suspended metal weighing 40 kilos that has the appearance of finely embroidered linen. Special thanks to Vicky Frazer for her outstanding plasma cutting skills. To see the oversized coolie shade that we mention at the beginning of this blog visit the Sculptural Metalwork page.