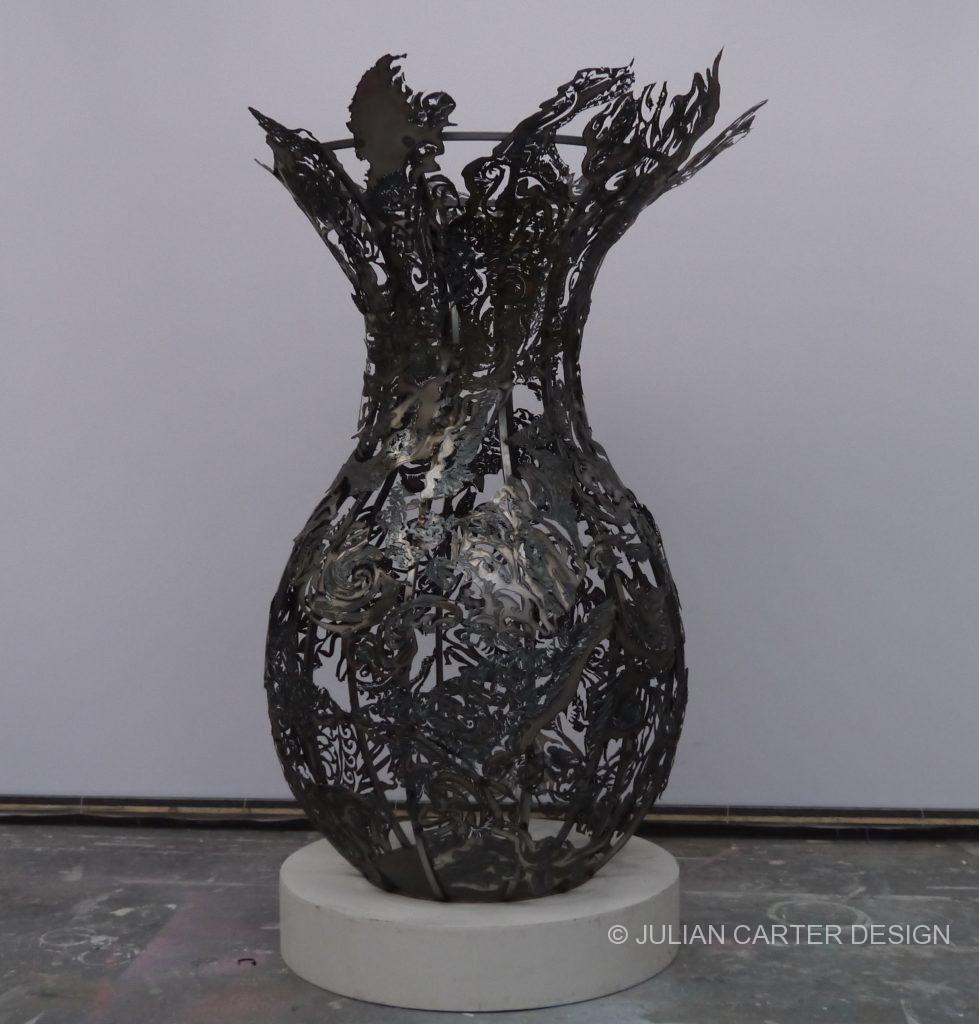 The vase is an object, both utilitarian and decorative, that is ubiquitous throughout history. It has a rare universality. We wanted to see what might happen if we played with the form of such a familiar intercultural emblem and re-created it using an unfamiliar material. 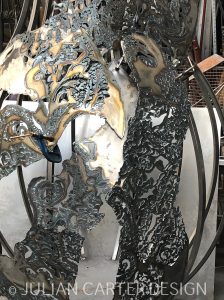 Sections of steel sheet tacked and clamped to the frame.

It was an experiment with no clear direction, except that it should have a vase shape and be on a scale that could give it a marked independent identity.

We aimed to keep the piece lightweight for moving around so thin walled hollow tube was used to create the structural ribs. We then cut up sections of steel sheet, tacked and clamped them to the  ribs and moved these panels around, adding to them until the vase took shape.

The panels were removed one at a time and cut into freehand, initially with Chinese textile designs in mind. But the shapes soon developed organically, with no drawing or marking out at any stage. So the project was entirely process driven. The plasma cutting was undertaken by artist Vicky Frazer.

The finished art work is deliberately raw and unpolished.

The vase is now in private ownership. You can take a look at other similarly evolved designs on the Sculptural Metalwork page. 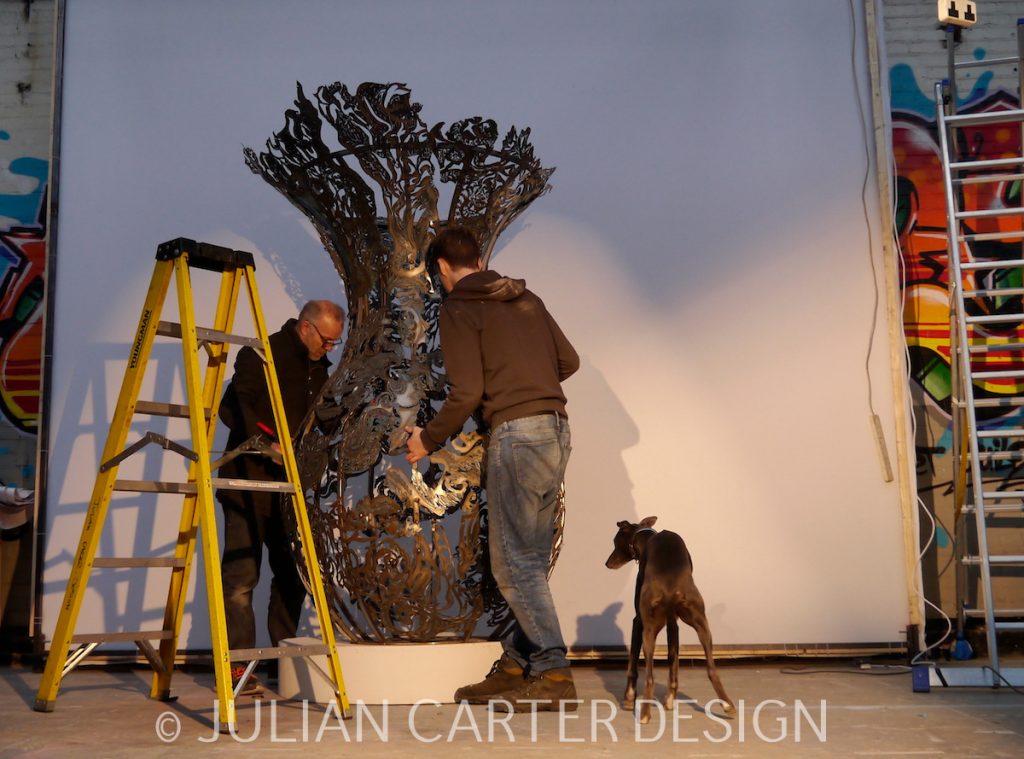 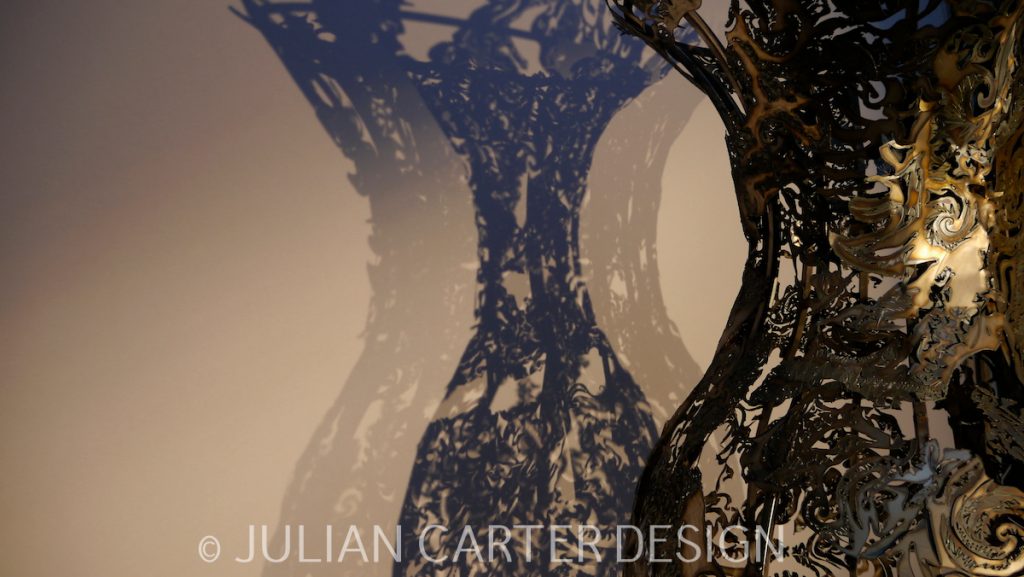 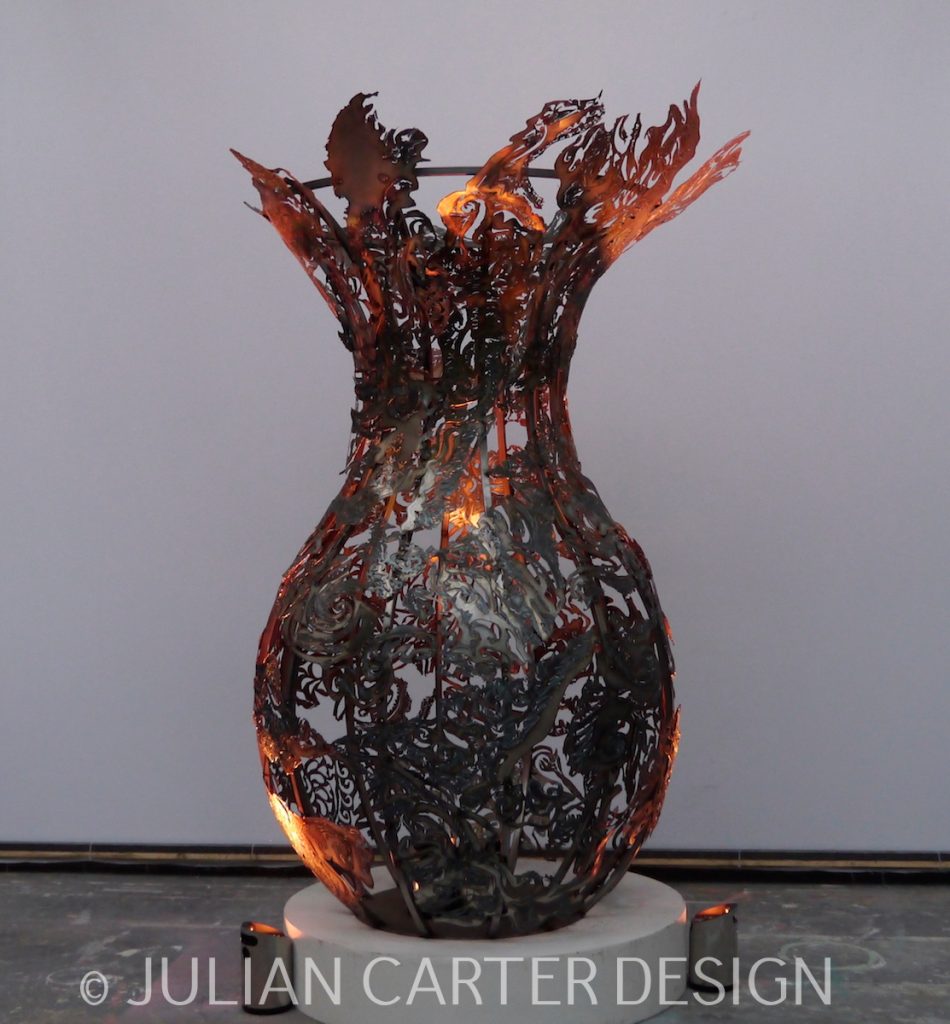